The highest level you can achieve is a body that is naturally functioning and works the way it is supposed to.

This means that every joint in your body has the range of motion and mobility it is supposed to have in the begin with. Every person is different, but we are more alike than we are different.

Just by developing your body to its natural capacity, you will become strong, mobile and relatively athletic.

Moreover, because everything works like a well-oiled machine, pain and chronic injuries cease to exist. With proper training and lifestyle they don’t need to be a part of life.

This is where most training programs and styles get it wrong. They focus on exercises and skill progressions to strengthen themselves when in reality the exercise or the movement should be only a tool to strengthen the natural articulations of the body.

Instead of hoping an exercise to strengthen the body, you should start to focus directly on the body.

Now you will do many different exercises, but the focus is not performing the exercise - the focus is contracting and working the muscles. This is what qualitative training is all about.

EVERY WORKOUT STYLE IS A HOAX

When you consider different training styles whether it is powerlifting, calisthenics or bodybuilding, the primary purpose is actually not to get strong. Developing strength is only a side product of the process.

The purpose of powerlifting is to get good at the big lifts. Strength is only a side product.

The purpose of calisthenics is to become good at pull ups, dips and muscle ups. Strengthening the body is still a side product.

There is nothing wrong with this per se, but don’t fool yourself thinking this is the best way to strengthen the body because it isn’t. Powerlifting and calisthenics are just sports that have strength elements to them.

Bodybuilders seem to be the only ones who are honest with themselves: they know their training is primarily geared towards size and they aren't pretending to be doing serious strength training.

If you want to get strong, the best way to strengthen the body is to DIRECTLY focus on strengthening the body.

When you do this, it doesn’t matter which tool you use or which training style you do. They are just tools to focus on the body.

When strength becomes your priority and strengthening the body your north star, you destroy the entire concept of “training styles” and become limitless in your approach.

Weight and skill become meaningless, because you are not trying to lift the most amount of weight or do the most impressive skill. Your focus is purely on the strength of the muscles. 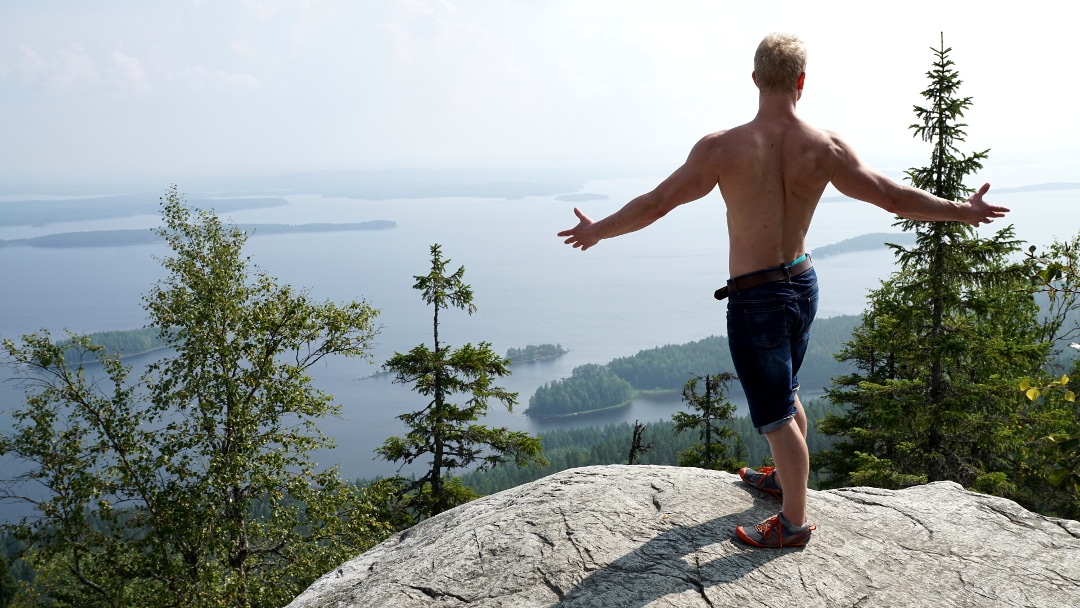 The reason why people don’t focus on strength is often because of lack of knowledge but more often than not it comes from lack of confidence.

The reason why we are strong today is because when we first started working out almost a decade ago, we never set our goals low.

If we had aimed at bodybuilding alone, we would have size but not performance.

If you want universal strength, you need to change your focus. That’s why I urge you to set your goals high and aim at the highest ideal: be an athlete in your focus and training.

Athlete is an obscure concept but it generally means a body that is healthy, strong, mobile and extremely functional (athletic). It's adaptable to any environment you put it into and will perform at a high level by default.

There is a reason why people like Cristiano Ronaldo are worshipped among men because he has a physique that is closest to the highest ideal.

In movement circles many call themselves “movers”, but this is a weak concept because it doesn’t imply function. It has become a selfish title where your own ability to move trumps everything.

These people may move gracefully and have the ability to put their bodies into extreme postures, but where is the function?

You never see them being good at anything that has real function. Their power output is weak. They cannot kick or punch well. They aren’t good at throwing anything or moving heavy *** weights. Many can do a split but why did they learn this?

“For the sake of movement”.

All functions of these amazing movements have become showmanship. What is the purpose of a one-arm handstand other than to show off?

Go ask the best one arm handstand practitioners and they will say that they do it to earn their living so they can perform at a circus or other shows. Absolutely nothing wrong with this, but what is wrong is to pretend otherwise.

When you focus on strength and health, you stop wasting your time on skills which primary purpose is to show off. Your training may not look impressive from the outside, but internally you know how hard and effective it is.

For this reason, we refuse to call ourselves movers. It simply isn't good enough. It is only one side of the equation. It is missing the hard / masculine / functional element.

CrossFit is another great example that is the exact opposite of these "movers".

CrossFit athletes have functionality, but they destroy their bodies in the process and purely focus on external statistics and numbers. CrossFit athletes are missing the soft / feminine / movement element.

IT DOESN'T MATTER WHERE YOU ARE NOW

Athlete is the ideal, the focus and something to aim at in the long term.

Our entire work has been to find the way for a common person to become the healthiest, the strongest and the most functional human being possible.

There is a long but a simple process to reach the mountain top and you just need to start climbing up the ladder.

There are countless of examples of people from all ages who have lost excess fat, started working out and in many years have become very strong and athletic individuals.

Beginners start by just getting active and building a good foundation of strength, mobility and coordination everywhere in the body.

That’s the purpose of Movement 20XX: build strength, mobility and coordination everywhere in the body by using bodyweight training, mobility training and movement training as the greatest combination.

Once your body starts to be able to move like the nature intended (almost no one has reached this level) and you have sufficient levels of strength in your muscles, you can start focusing more on different athletic attributes such as speed, power, stability and balance.

You just need to respect the process. This process has real tangible steps and the steps need to be mastered in right order.

In fitness, everyone is always too many steps ahead compared to their current level which is the single biggest hindrance to their progress.

Everyone is focusing on building the 3th floor when they haven’t even finished building the ground floor. What happens to buildings like this? They eventually collapse or keep plateauing.

Athletic training is 100% safe when you move within your limits and focus on completing the right step.

The reason athletes or other trainees get hurt is because they are obsessed over something outside of themselves (competition or achievement) and don’t let their training progress naturally. They are forcing it instead of letting it flow.

The primary thing is to build a strong foundation. Once that’s done and maintained, everything else will be within your reach.

WE WANT TO SHOW YOU THE WAY

We want to show you how a perfectly average person can transform his body and become an athlete.

We are not promising a nirvana, because that’s between you and the universe. What we do is as practical as it gets. You can get spiritual guidance from a local minister or Dalai Lama.

We are not going to shame bodybuilders or general fitness practitioners because who are we to judge someone else’s goals and aspirations? Everyone is different and as long as you happy, it’s all perfect.

We merely want to show you the way to health, strength and function, to the body of an athlete. The path to real universal strength.

There is no doubt you can achieve this if you are just willing to change your focus. Male or female. Young or old. All shapes and sizes.

Earlier I said it is about confidence. If you wanted to become the strongest version of yourself, you would automatically pick the highest ideal as your target.

Focusing on becoming an athlete in the long term is not harder and it’s not more time consuming than focusing on something else.

The workouts you do are just different due to the different focus.

When you focus on becoming an athlete and you are focusing on STRENGTH instead of a training style, you are out of the box and free to use many different tools to move closer to your target.

Becoming good at anything is a long process, but choose your target wisely because this will determine where you will end up.

5 years from now on you can be healthy and strong beyond what you thought was possible. 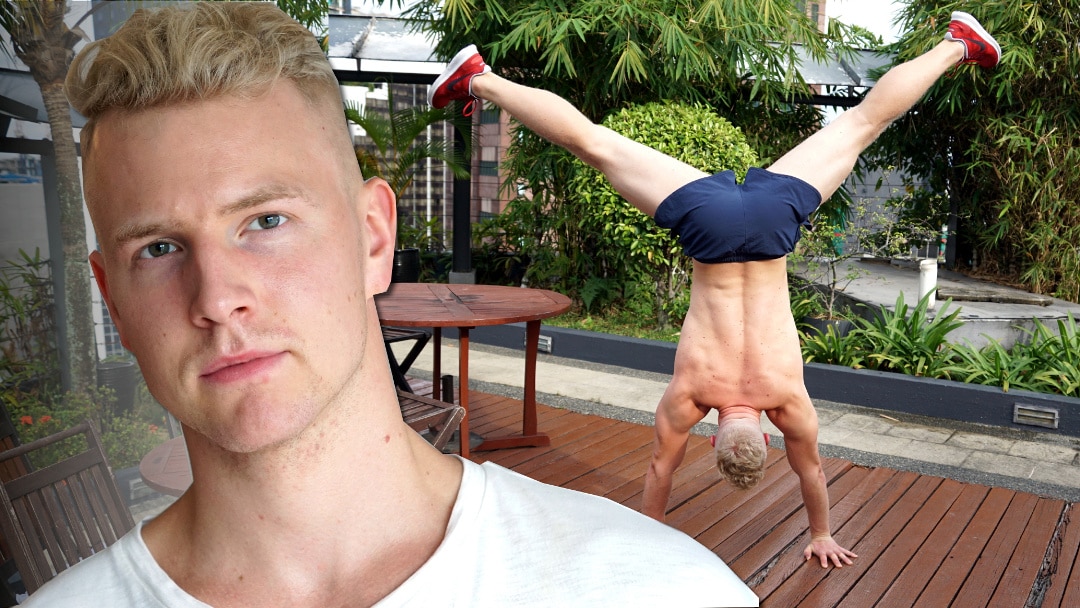 Why I don't Focus on Handstands 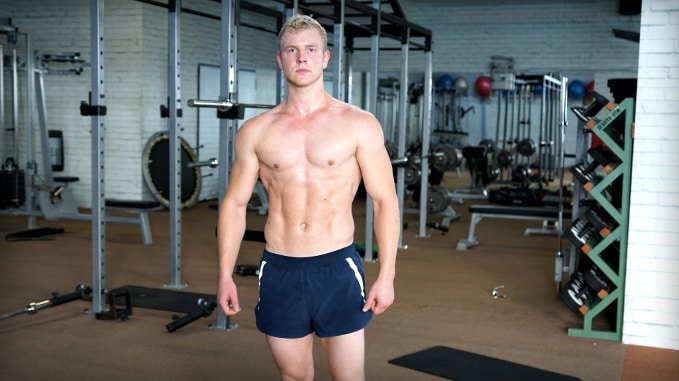 How I Got Super Fast and Agile (STABILITY TRAINING EXPLAINED) 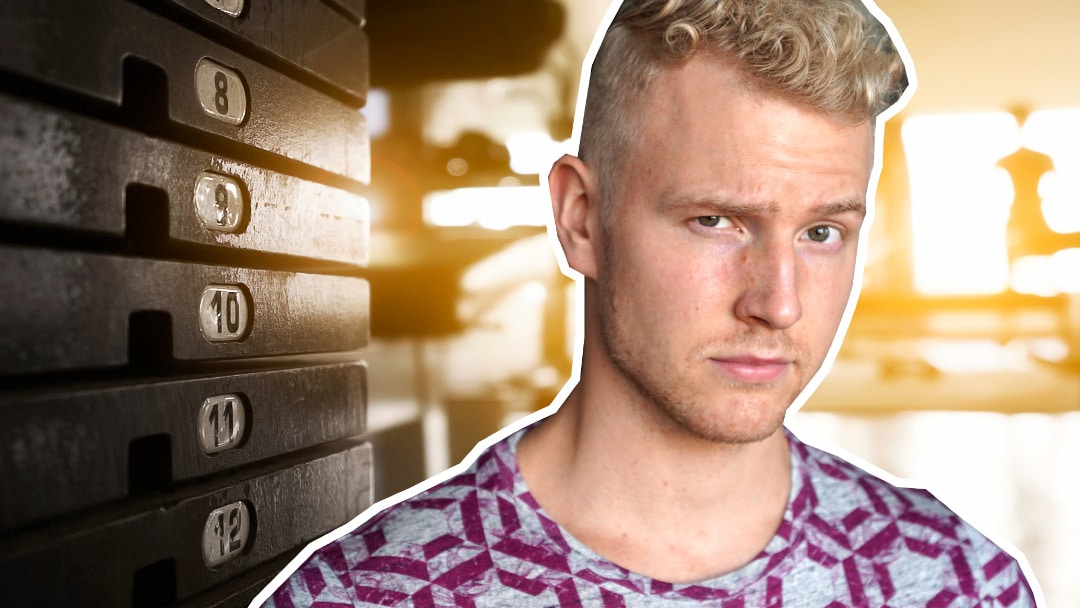 Weight, Repetitions and Progressions Don't Matter AT ALL