Intense conditioning workout for fighters and martial artists. These movements resemble physical movements of fighting and they are useful for everyone to do.

This workout is intense and fast, but still controlled. The movements resemble movements you would do in fighting which means the strength and mobility you build here will nicely transfer to fight sports and martial arts.

You will work the shoulders, obliques and hips - muscles that play vital roles in all combat sports and martial arts.

Strength, mobility and conditioning play a massive role in fighting and as a result they should never be neglected. If you are looking for a training program for fighters and martial artists, Movement 20XX is optimal for this purpose.

Rest 1-2 minutes between rounds. No rest between exercises during the rounds. 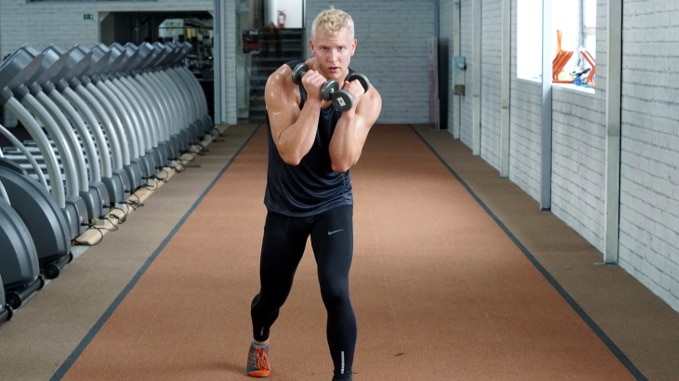 In the boxer squat you take a normal width split squat stance which resembles a fighting stance of boxing, MMA and many martial arts.

Hold light dumbbells like you were to keep your hands up in boxing and then squat down to the parallel.

The important thing here is to keep the core tight and your body relatively upright. This core stability allows boxers to move fast and quickly generate power because they are always in a good stable position.

Because this is a conditioning workout, your repetitions should be quick and explosive. This shouldn't come at the cost of poor form though. 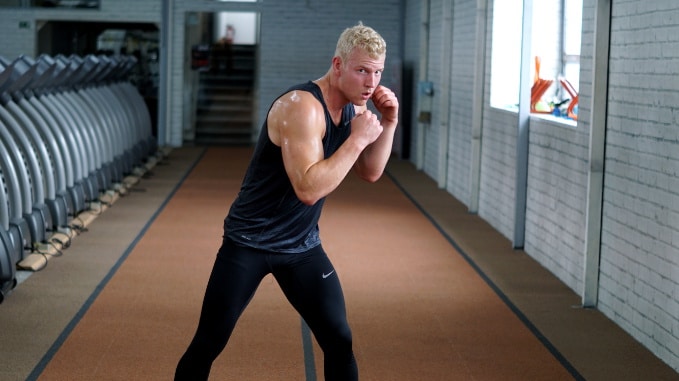 Bob and weave comes from boxing, but working on it is useful for all fighters and martial artists.

Bob and weave is designed to help you evade punches by bending from the hips and core. Your "head movement" will mainly come from the body - not from your neck!

In the first version you are keeping your hips stiff so you can primarily focus on the core: abs and obliques. This versi​on develops the speed and mobility of your core musculature very nicely.

In the second version you are also bending from the hips which is more realistic and practical, but it's not as effective for developing the core since you are dominantly using the hips to generate the movement.

You can see both version in the workout video. 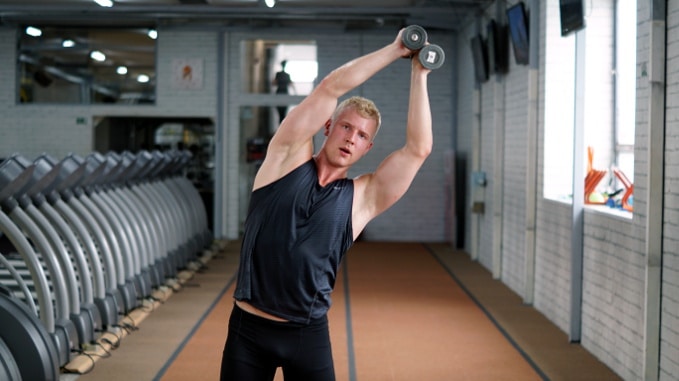 Standing obliques pendulum will stretch and strengthen your sides (obliques). Let the dumbbells touch each other overhead and try to feel a nice stretch in the obliques.

You should also keep the hips as stationary as possible to maximize the obliques engagement. Bending the hips makes the standing obliques pendulum easier to do but makes it less effective for strengthening the obliques.

This one is phenomenal exercise for all fighters and martial artists. You will improve your ability to evade strikes, but you will also improve your punching and kicking power, because a great deal of power comes from your obliques.

Sprawl is the movement wrestlers and mixed martial artists do to defend takedowns.

In the beginning you don't need to drop fast to your hands (can be rough on your wrists if they aren't strong enough), instead just place them on the floor and then drop the hips.​

This sprawl-like movement will improve your sprawling speed and mobility in the spine. You should try to do it as fast as possible like you were to defend against an actual takedown.

Sprawl also resembles a burpee and it has similar benefits: it's excellent for conditioning and cardio.

4 Avant-garde Core Exercises for Abs, Obliques and Lower Back

ATHLETIC TRAINING | Introduction to Soft and Hard Styles of Training