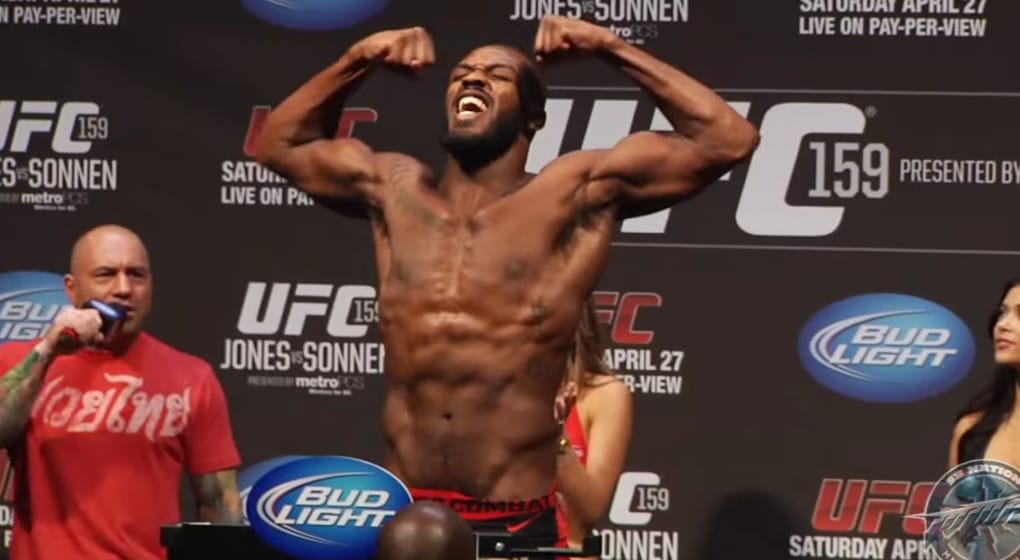 Jon "Bones" Jones is one of the best pound-per-pound MMA fighters that has ever lived. Jon Jones is the former UFC Light Heavyweight Champion who is unbeaten and has defended his belt for 8 times.

trength training and conditioning play a major role in the fight camps when the fighters are preparing for their fights.

The athleticism and explosiveness that is acquired with a proper strength and conditioning routine will benefit the fighting ability because the fighter will be a stronger wrestler and a harder hitter.

Following Jon Jones workout routine is a selection of exercises we have seen Jon Jones doing in his Instagram​ and UFC's Jon Jones videos.

Jon Jones utilizes heavy barbell exercises in his workout routines. He has been using tons of common powerlifting exercises such as barbell squats and deadlifts.

Barbell squats and deadlifts will build strength and explosivity in the lower body, as long as the sets and repetitions are set right.

Jon Jones is extremely tall for the Light Heavyweight division, and one of the reasons why he can even make weight, is because his legs are very skinny.

As a result, we believe Jon Jones and his coaches recommend doing low repetition and high set routines to maximize the strength building element, but to minimize gaining muscle mass in the legs and hips, which could harm Jon Jones's future weight cut. ​

The rest times between rest and sets is 1-3 minutes. 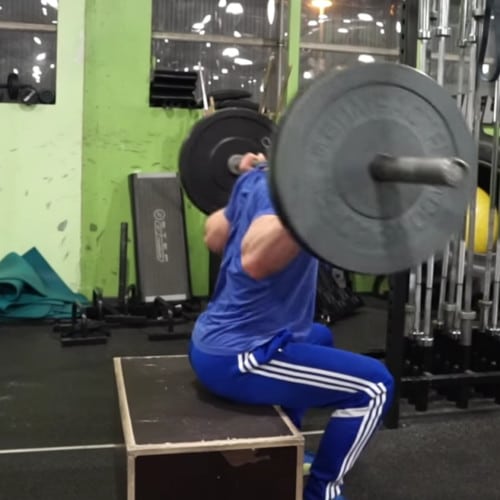 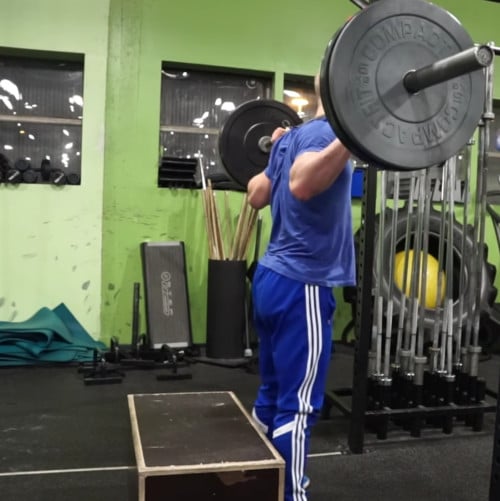 Box squats are a great beginner exercise to learn the correct back squat. You are basically just sitting on the box and then standing up.

Box squat will build strength and size in the hips and legs. Also your core muscularity is developed to a degree. Your glutes and quads might accidentally gain size even if you stick to lower reps. ​ 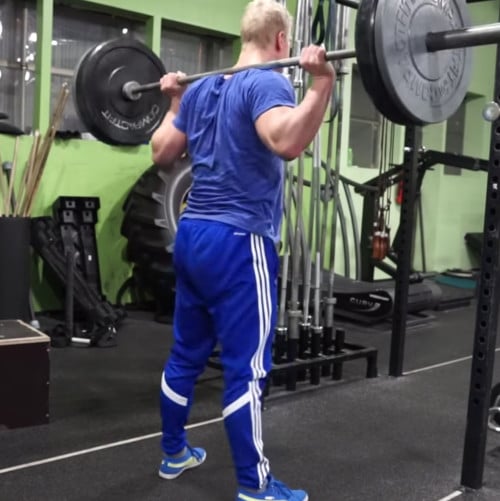 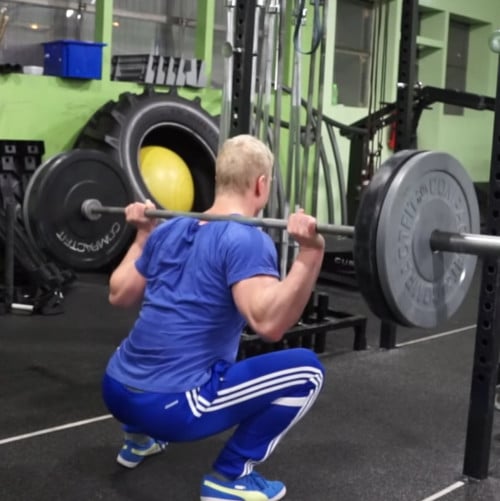 This is a high bar barbell back squat, because the bar rests higher on the shoulders. This is the way Jon Jones has done them, and this is the way we recommend everyone to do back squats.

Take a shoulder width stance, and sit down while avoiding to bend your lower back. ​

Barbell back squat is one of the best exercises you can do for strength and athleticism - it is no wonder Jon Jones and his coaches seem to love them. The strength will certainly come helpful in wrestling, clinch work, and kicking harder. ​ 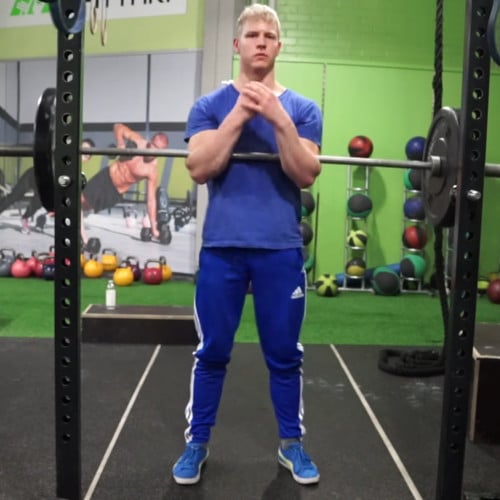 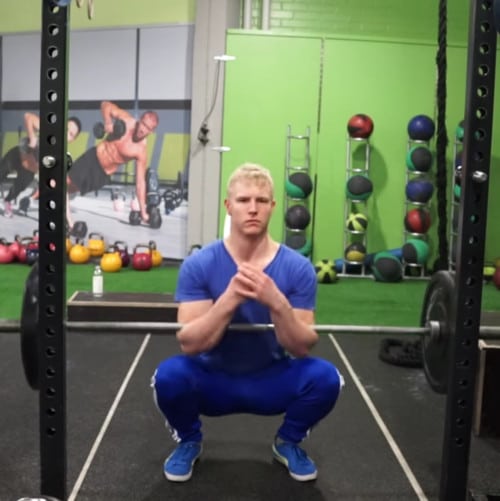 Zercher squat is a special variation of the front squat where you are holding the barbell in the crook of your elbows.

Zercher squat will work your abs, traps and biceps in addition to really blasting your quads. ​ 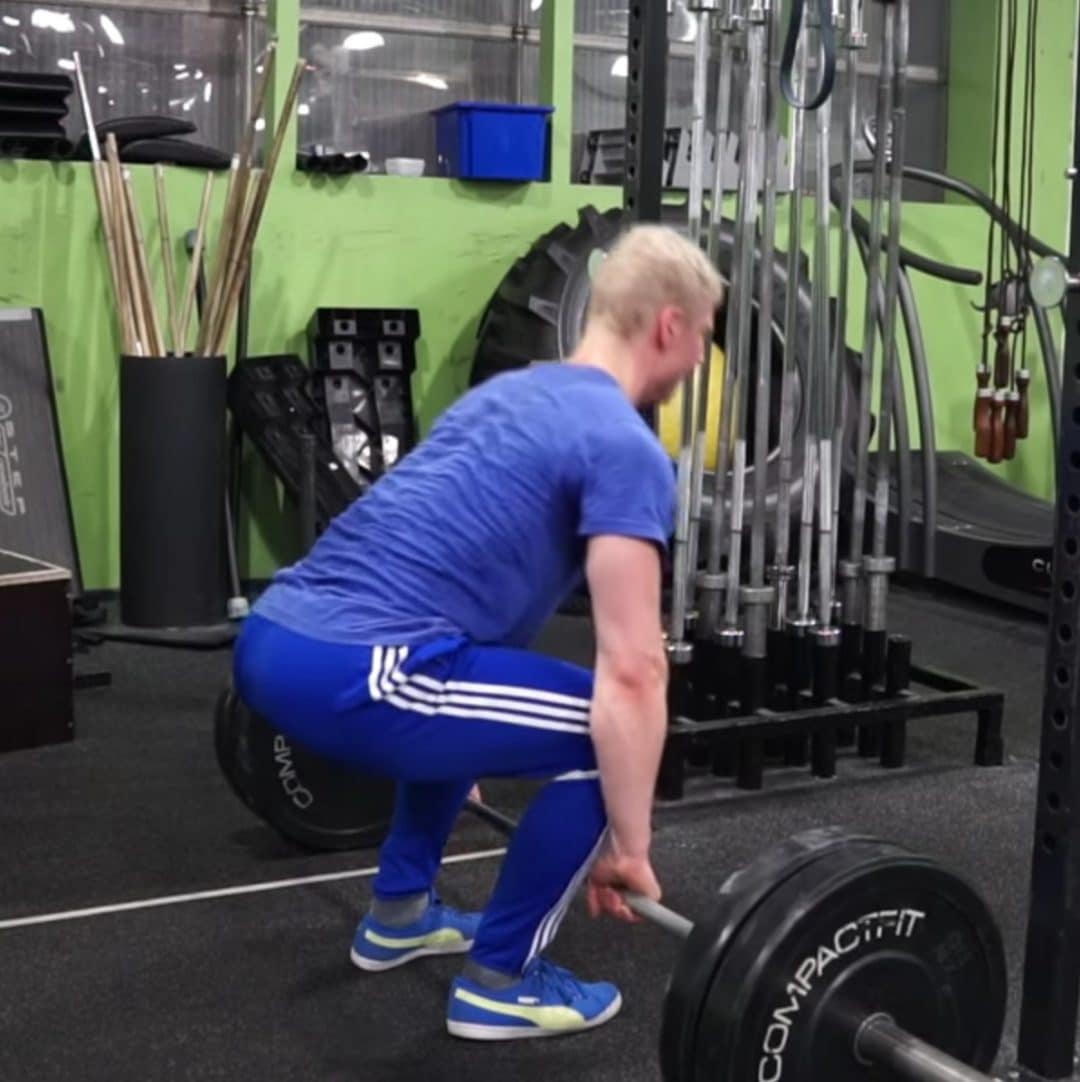 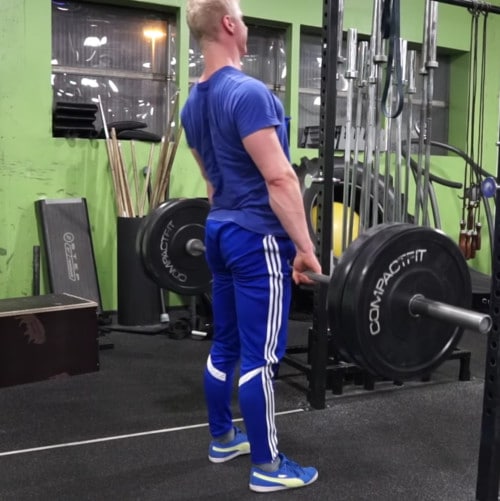 Jon Jones has been mostly showing off his personal records with the deadlift using 525lbs (240kg).

However, it's safe to assume Jon Jones isn't doing personal record lifts in his every workout. Most likely he is using a low rep range such as 3-5 repetitions for 3-5 sets. ​

Deadlift will build strength in the entire back, glutes, hamstrings, and it will also develop your forearms and rear deltoids.​ Keep your back straight and pull with your legs.

Deadlift​ is one of the best exercises you can do for wrestling, since wrestling moves utilize lots of the same muscles that are used in deadlifts.

Jon Jones has been doing numerous of different abs exercises, since the strength in the core is extremely important for almost anything fighters do. 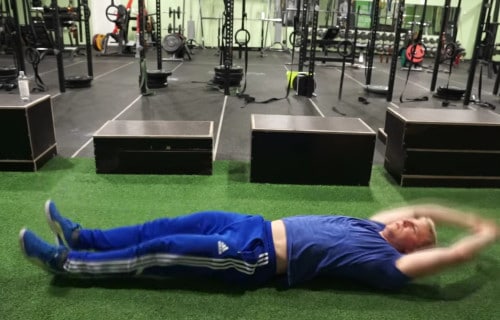 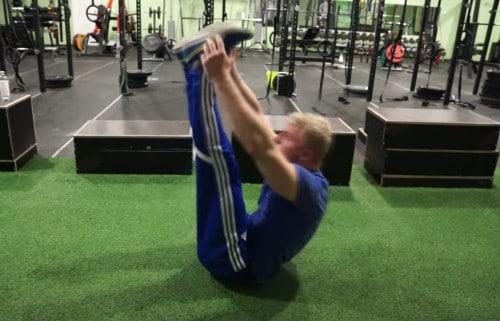 Start lying on the floor and then move your legs and upper body simultaneously up until your arms touch your legs.

Jack knife is a great exercise to build strength and mobility in the abs and hip flexors. ​

Push Up With A Leg Pull 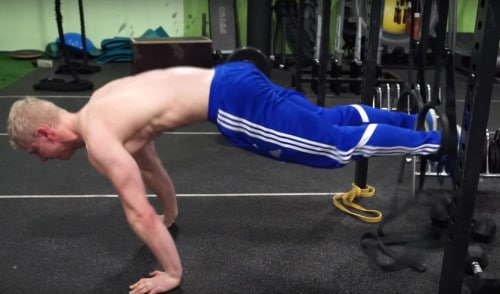 Jon Jones has made this exercise even harder by holding a medicine ball with his hands.

The purpose is to build strength, stability and coordination in the entire body. The push up will build strength in the upper body, whereas the unstable element and leg pulls will make the abs work hard to keep the body balanced. 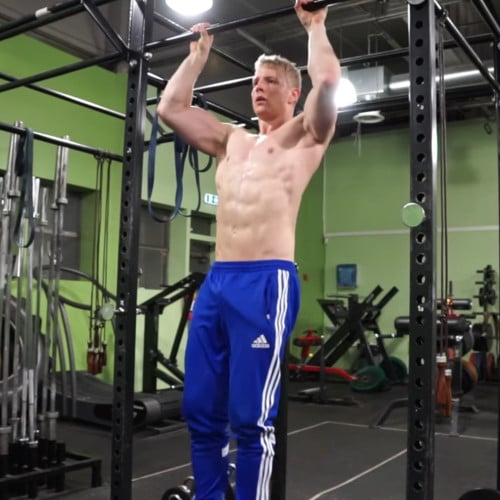 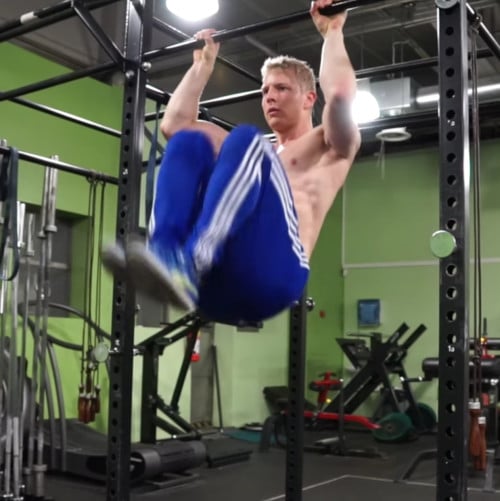 Hanging knee raise is another exercise Jon Jones has been utilizing for his abdominal strength and conditioning.

Hanging knee raise will build strength and size in the abdominals and hip flexors, and for this purpose, hanging leg raise is one of the best exercises out there. ​