Last year, when we were traveling more than usual, one of the stops was Taiwan where we met with Jiang Yu Shan who is a master of monkey kung fu (among many other styles of kung fu).

With him, we learned different hardening practices, health and strengthening practices of Qigong, combat applications and a lot more. You can see the previous episodes here:

As you can see, monkey kung fu is a different kind of kung fu.

What a lot of people don't know is that kung fu (功夫 gōngfu) is only a big umbrella for different Chinese martial arts and health practices (like Qigong).

There are DOZENS of different styles and they range from dance like styles such as Tai Chi to more practical and raw styles such as monkey kung fu (Hou Quan or Tai Shin Mun). Then there are grappling styles, striking styles etc. 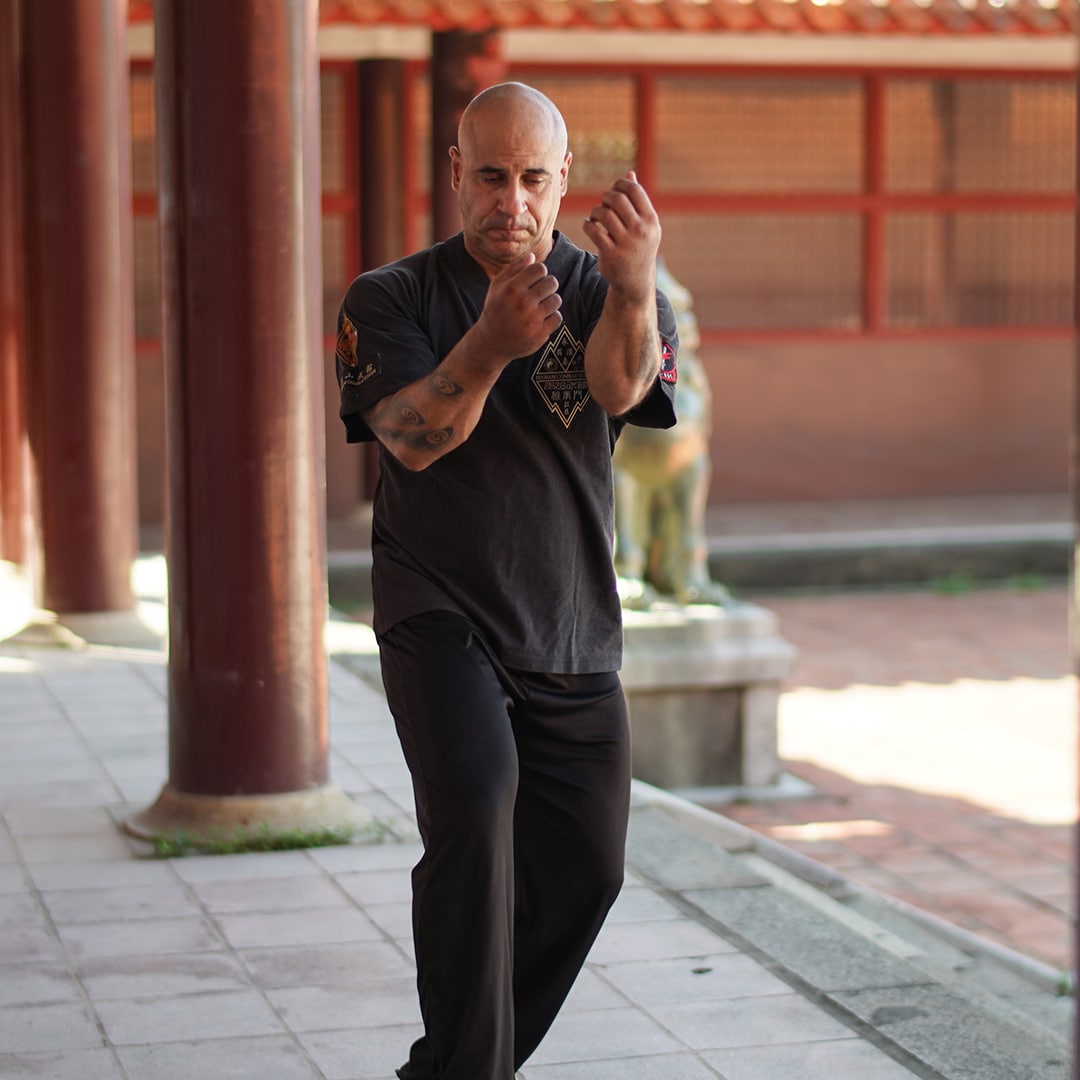 Aikido, Karate, Taekwondo etc. were all created in the 20th century, less than 100 years ago. They have roots in the ancient arts but the real traditional arts are forgotten or less popular.

A lot of the ancient arts were practical and hard at a level the modern martial artists can't even comprehend.

When people saw "The Worst Pain Ever" kung fu video, a lot of people were shocked and scared of how crazy it was. Monkey kung fu probably has softened over time but it has kept the old attitudes better than the modern martial arts.

Many of the ancient arts were trained as hard as MMA today but only with more sophistication and a higher level of novelty. Taking care of the body (internal kung fu) was also better understood because surgeries and stem cell injections didn't exist.

In the ancient time, if you faced a Monkey Kung Fu master, he would rip off your ear, eye, crotch, or he would hammer you to death. - Jiang Yu Shan

There is nothing wrong with this per se but real fighting is on a whole different planet. The modern practitioners have gone soft and are missing the hard element almost entirely. 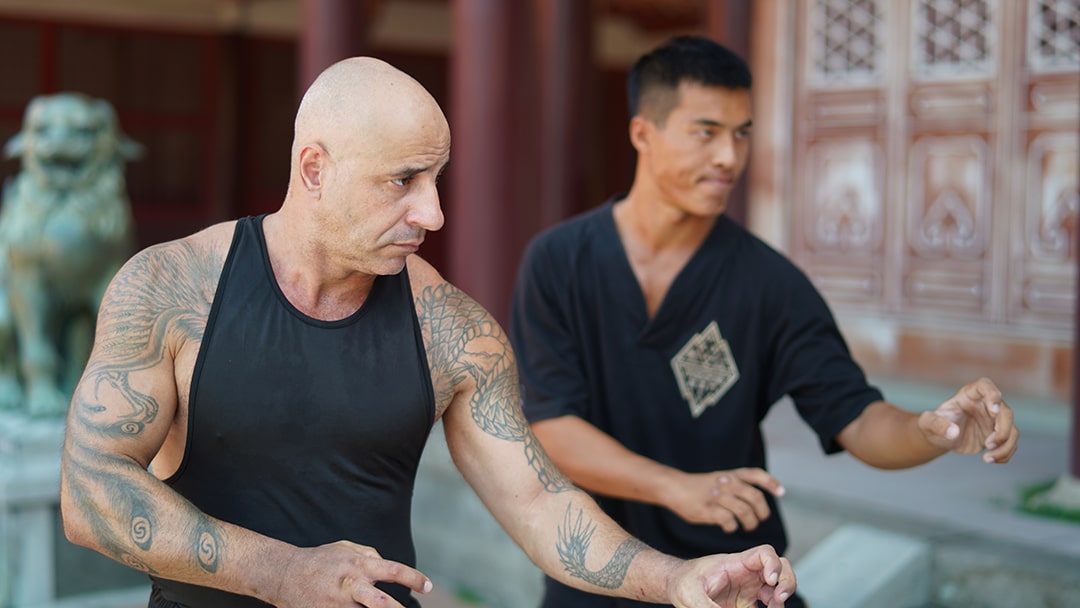 4 Things it Takes to Be a Real Martial Artist

Here is a simple pyramid we learned from Georges St-Pierre when we trained with him in Melbourne, Australia.

Although GSP is a master of MMA which is a sport, these same rules apply to all martial arts, sports, dance etc. and even in business, work, arts and life in general. 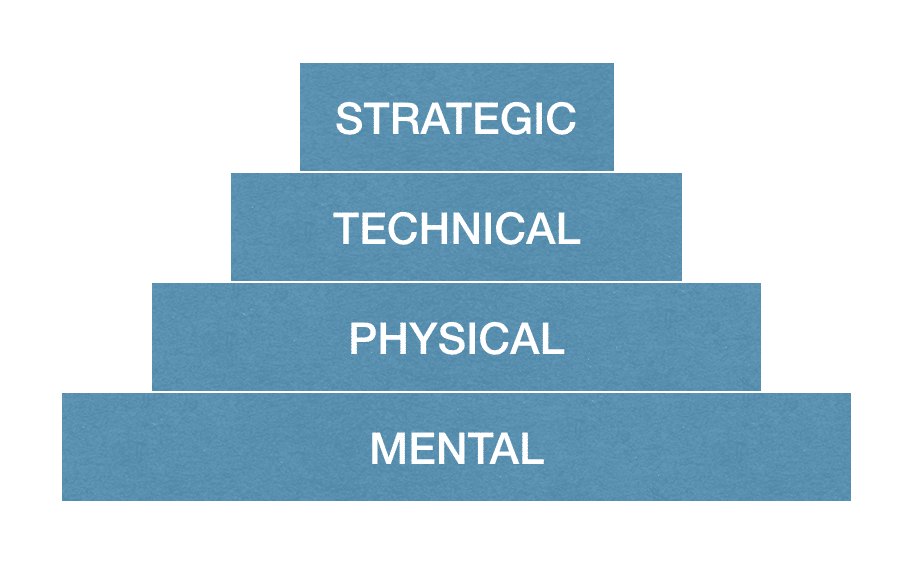 Surprisingly, Jiang Yu Shan taught a similar pyramid in the video. The first thing was 1. Heart (mental), 2. Power (physical) and 3. Technique and skill.

What has happened with most modern martial artists is that they are skipping the foundational blocks and jumping directly to the technical and strategic elements.

The result? Nothing works. The same happens in fitness as well. No one is respecting the basics and building the foundation.

Mental is the number one because without it you have nothing. You have to be capable of performing under pressure and when the stakes are high (in a self-defence situation the stakes are incredibly high).

We heard from GSP that it's common to see gym warriors in MMA gyms who are at a championship level. Yet, when it's time to fight for real, they just cannot perform and keep it together.

Moreover, you have to be able to perform even when the going gets tough and it always will. Even Floyd Mayweather, the most elusive fighter of our generation, got badly hurt in multiple occasions.

The problem with modern martial artists is that they are overly idealistic and optimistic (naive), somehow thinking they can win with just X or that things will always go according to their plan.

Real martial artists on the other hand are rather pessimistic in training and prepare for the worst case scenarios.

In addition, you need to be able to withstand the pressure of fighting. The first quality of a real martial artist is the ability to withstand pain - not give it. What happens when you are out of breath, your bones are broken and the opponent just keeps coming forward?

You could take any top level athlete, teach him the basics of mixed martial arts for just ONE WEEK and that guy or gal would be able to beat most martial artists who have decades of experience in their craft.

Fighting is physical, there is no way around that fact. A real martial artist is also an athlete because without physical power, you really have no tools to do anything.

Every limb of your body moves because of the strength of your muscles. There is no movement without strength. The force of movement has to come somewhere.

As a result, there is no technique without strength. The best technique is an efficient use of timing and leverage but even all of this movement comes from your muscles.

Before we started MMA which we did this month, we trained for years to get our body in a shape to be able to succeed without limitations and without sacrificing our joints in the process.

If you are not in shape, the first step would be to get strong, mobile and athletic. Once you do that, you can actually learn techniques at a faster rate and actually do something with your body.

Without a strong capable body, your body is not even able to produce much force, be dangerous or do the techniques at a level that actually creates an impact.

There is really no point hardening any of your fists or shins either if you don't know how to punch or kick first. Hardening your fist should be at the very end of your priorities if you are not in shape.

Good stuff is done in many martial arts classes (i.e. animal movements) but it's almost nowhere complete and sufficient. That's why a real martial artist needs to follow a strength training program as all top athletes do.

We create our training programs primarily for ourselves. Our goal was to create a physique that is capable of maximal performance in sports, dance and martial arts and do it in a sustainable way.

After years of dedication I think we have accomplished this task. As a result, there shouldn't exist a better combination than Movement 20XX & Athlete 20XX for this purpose.

Being good at fighting and knowing how to kick, punch, wrestle and grapple is incredibly important to succeed as a fighter and as a martial artist.

As stated before, most of the modern martial arts practitioners skip the two previous foundational blocks and immediately jump to the high level stuff.

For years, we have been repeating that focusing on advanced training is a WASTE OF TIME if you haven't mastered the basics. Moreover, the basics never grow old because all progress is made in the basics. The fights are won with the basics as well.

Even in Aikido, there is some high level training going on but only at a principle level. To get to this point in your training, you first need to master the previous steps.

Everything else being nearly equal, strategy and tactics win the fight. You see this in high level UFC and boxing fights all the time. Many times the best strategists win.

At the highest level, everyone is in excellent shape, mentally strong and technically sound. This is actually when game plans and tactics really start to make the biggest difference.

It doesn't matter how good your game plan is if you are mentally weak because you won't follow the plan. If you are physically and technically weak, you aren't strong enough to execute the plan.

Be Strong (VAHVA!), Yet Different 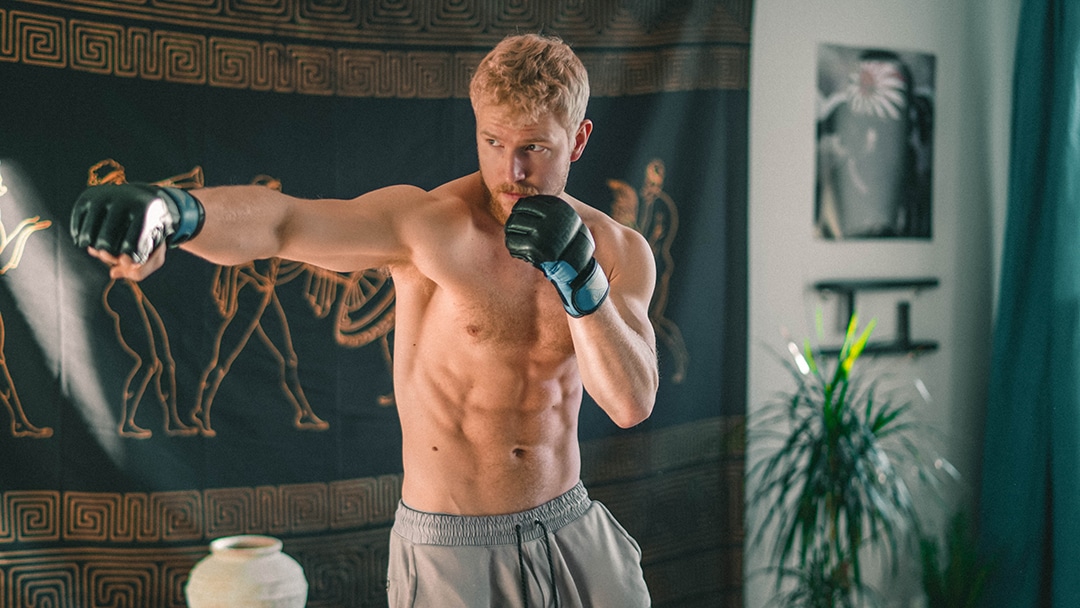 We recently started MMA and the training is going well. MMA is really about self-expression (PICTURE: THE HEADQUARTERS OF VAHVA FITNESS).

Training should replicate life and that is why some of our core values are courage, persistence and gratitude (contribution).

You don't just suddenly become strong (mentally or physically) - it's a never-ending process. You have to start and keep moving forward.

To win at life and fitness, you have to make bold moves and stay the course. Drop the ego and do the right things as well as you can without giving up.

Our mission is to help you get strong in every aspect of your life. In fact, our name "vahva" means "strong" in Finnish.

However, life and martial arts are not just about being the strongest and the toughest. Smarts and intelligent matter equally much. Softness matters as much as hardness.

You need both grace and power. A complete human being is both an athlete and an artist.

In martial arts (and life) the easiest way to stand out and win is to be different. You need to separate yourself from the status quo and find a better way to do the main thing.

You see this in Mixed Martial Arts all the time - being different and having a different background is often a massive advantage. If you train, move and fight the same way as everyone else, your opponent will always see you coming.

One of the best MMA coaches in the world, Firas Zahabi, has said that surprise is the biggest advantage in combat. Sun Tzu and all military generals would agree. 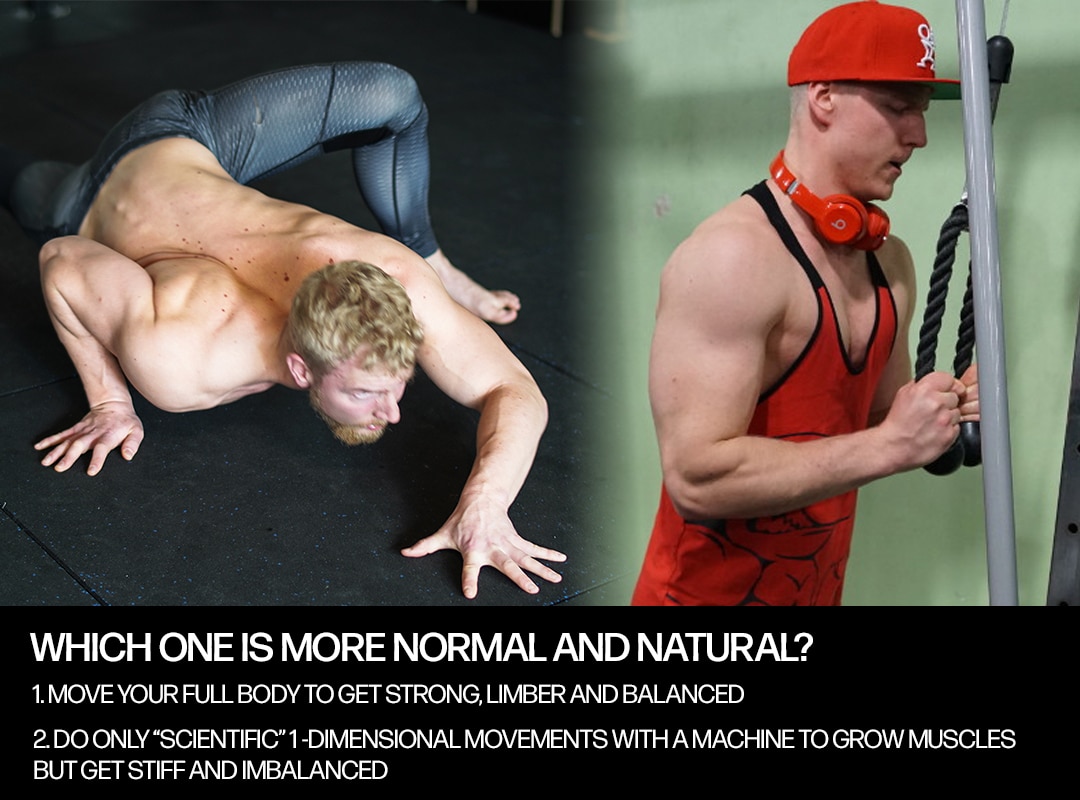 Footnote: Isolation exercises or machines are not necessarily bad - it's the whole mechanical approach and attitude towards fitness that causes many problems. Training is more an art than a science.

The status quo right now is saying that ALL kung fu is BS and a waste of time. The status quo says that to get fit you should do 3 sets of 8 repetitions of tricep extensions with a cable machine.

What if there exists a style of kung fu that actually works? What if there is a better way to train the body than doing only one-dimensional movements for your beach muscles?

They will never see you coming.

Demonstrating Qi – What It Means to be a Qigong Master