A solid properly done one arm chin up is one of the legendary feats of strength only the most worthy will achieve. However, with enough determination, hard work, and focus one arm chin up can be achievable by almost anyone.

ompared to the regular chin up with two arms, one arm chin up is slightly different in execution. One arm chin up will require a bit of balance, but it will also put more stress on the tendons.

Moreover, properly done one arm chin up will require a greater amount of shoulder retraction (pulling shoulders back) strength to initiate the pull from a dead hang.

For most people, the beginning position tends to be the hardest part, because it requires an immense amount of strength in the shoulders, biceps and lats to pull from that awkward position.

I believe that in order to learn the one arm chin up, you have to specifically train for it.

There are many strong individuals who can do extremely heavy weighted chin ups, but aren't able to do a proper one arm chin up. Often the bottom position is the weakest link.​

​One arm chin up will also require a greater deal of grip strength, because holding the bar with one arm is significantly harder.

One Arm Chin Up Progressions

Different progressions have slightly different benefits, but almost any of them is a great way to progress towards one arm chin up. The difficulty of these exercises are also very easy to adjust. 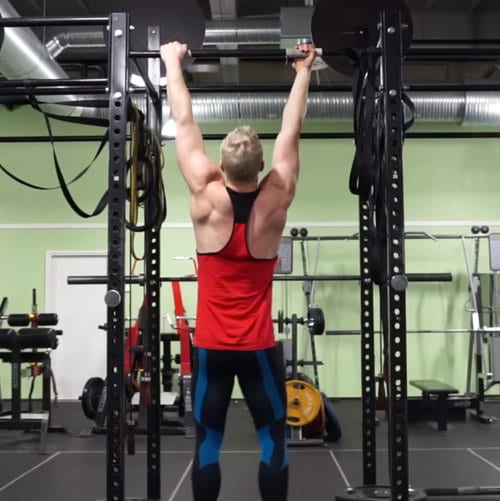 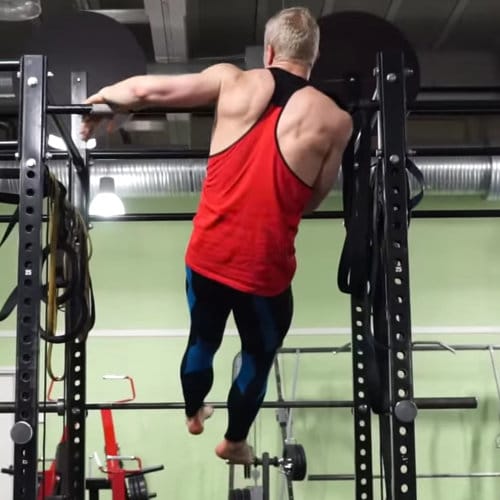 Archer chin up is a great exercise to emphasize the other arm.

Archer chin ups on a bar will mostly train the upper portion of the one arm chin up, because you are initiating the pull using both arms at the bottom of the rep. 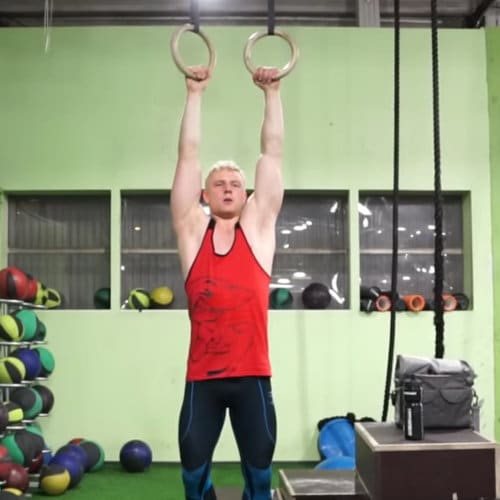 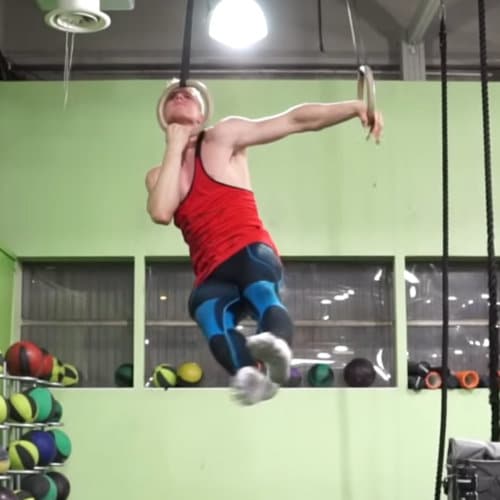 The optimal tool for archer chin ups are the rings. The rings allow freedom in the range of motion, and to rotate your hands freely.

I find archer chin ups on rings to be a much better version.​ Gymnastic rings are the ultimate tool for the upper body and they are cheap too. You can get a pair from here.

Finger Assisted One Arm Chin Up 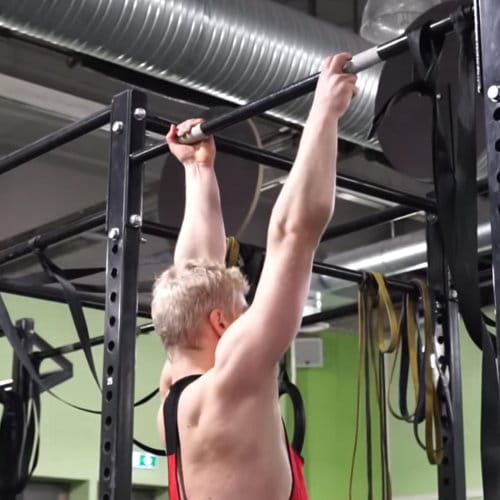 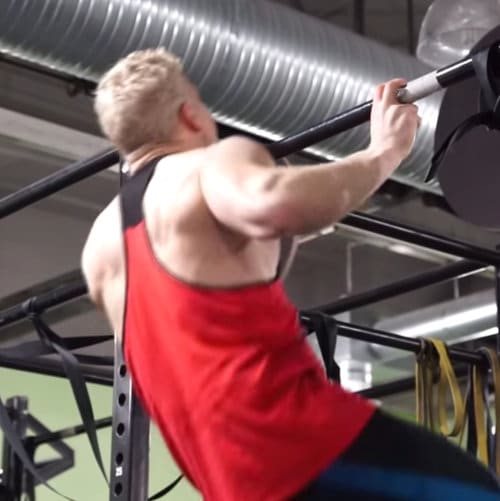 Finger assisted one arm chin ups are a great way to progress, because the difficulty is extremely easy to adjust.

In the beginning, you might need to use 4 fingers for assistance. Then, you can progress further by eliminating the fingers until you are only using the pinkie finger for assistance.

The only problem with this variation is that your fingers will get sore and tired very quickly, which will prevent you from doing high amounts of sets and reps.

After you can do a full OAC repetition with just using your pinkie finger for assistance, you should be very close to achieving a full one arm chin up. ​

Tip: If you want to see how much assistance your fingers are providing, then stand on a scale and try to pull up your bodyweight using just one finger or fingers. ​

Support Assisted One Arm Chin Up 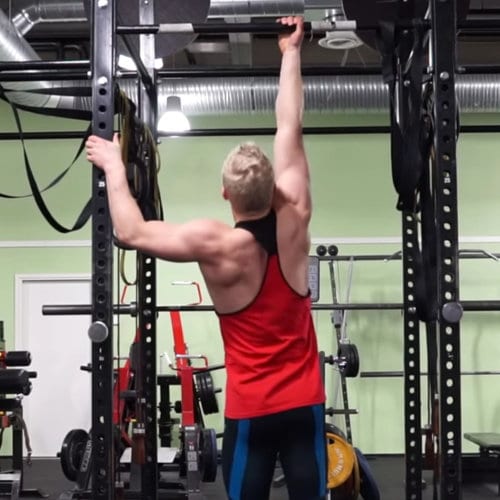 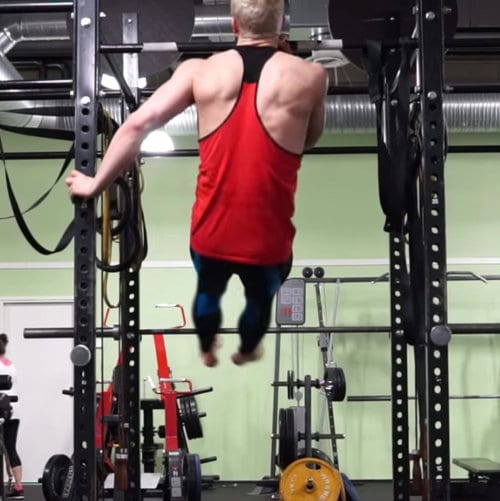 The difficulty is not only determined by how low you hold the support, but also how you are holding it. If you use only your fingertips for assistance, it will be much harder.​

Band Assisted One Arm Chin Up 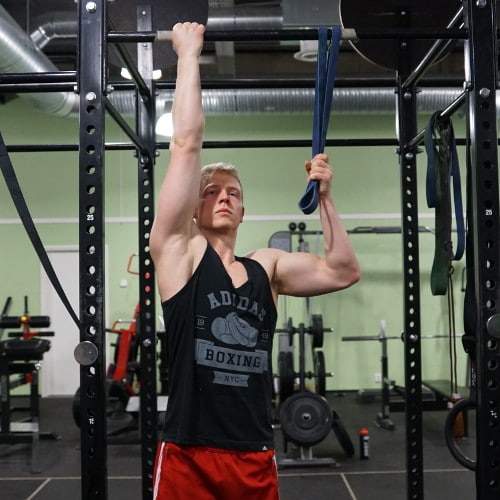 Elastic band assisted one arm chin up is similar to the support assisted OAC, except this one is significantly more difficult.

The elastic band will stretch, which ensures the assistance will be minimal at best.

Band assisted OAC mimics the proper one arm chin up the most. You can start by hanging with just one arm, and then pull yourself up using the other arm for assistance.

You adjust the difficulty easily by using weaker elastic bands or just holding the elastic band from a different height.

Weight Assisted One Arm Chin Up 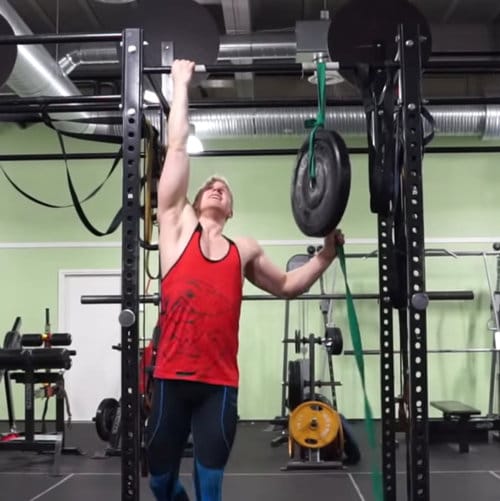 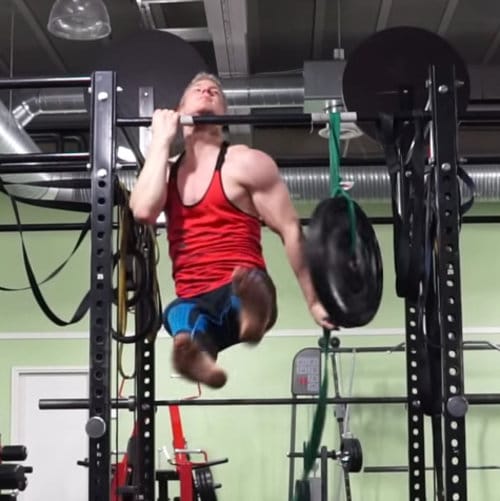 Using weights for assistance is a phenomenal way to work towards a strict one arm chin up. You can easily track your progress, because adjusting the weight is easy.

You can also use ropes or gymnastic rings. We are using a martial arts belt, which works just fine.

Instead of holding the rope or a belt with your hands, you can also wrap it around your waist. This way the exercise will almost completely mimic the real one arm chin up.​

One Arm Chin Up Workout Programming

The recommended sets and rep ranges vary from heavy singles to 3-6 repetitions. Sometimes you can also do repetitions from 6-10 to shake things up a little bit. Stick to 2-3 different variations, which you will rotate between workouts.

For strength, you should 95% of the time focus on doing repetitions between 1 and 5.​ Do a minimum of 3-4 sets. To see the best progress, do 5 to 10 sets of one arm chin up work per workout.