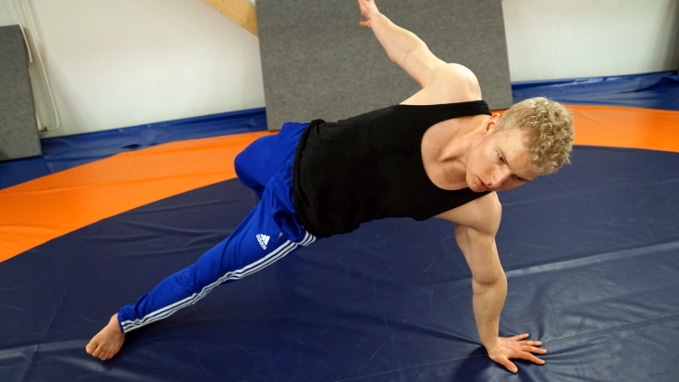 Rickson Gracie is one of the most popular martial artists from the Gracie family. Rickson has been a pioneering force in BJJ, MMA and movement.

orn in 1958, Rickson Gracie is considered one of the hall of famers of MMA. Rickson competed between 1980 and 2000 mostly in Vale Tudo Japan.

Rickson Gracie ended his career with a record of 11-0 which of 11 he won via a submission. BJJ clearly shined during the early days of MMA, because no one had an answer for it. 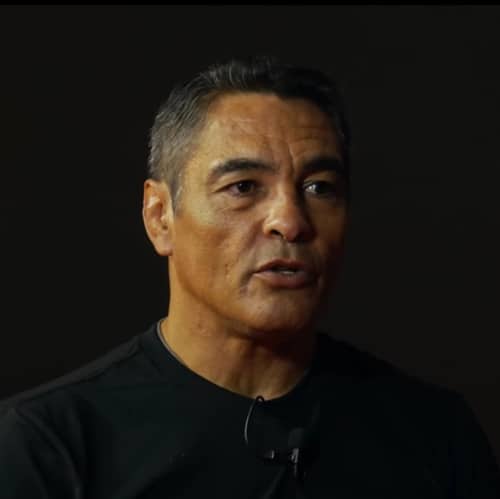 Rickson was also one of the pioneers in movement mixing up traditional training methods and Ginastica natural movement patterns and yoga.

Rickson understood the importance of not just being strong, but also having mobility, agility, coordination and power.

Below we have compiled a Rickson Gracie workout routine inspired by his training footage in Choke documentary (1999).

The training footage takes place on a beach, but in many other Rickson Gracie workouts we've seen him utilize gymnastic rings, parallel bars and many other tools such as a﻿ harness for training the neck. ​

Rickson Gracie's workouts are often exploration of his own body. It's more play than it is actually working out in a systematic manner.

Rickson has been seen to start his workouts with a movement which looks like a crazy person has gone wild.​ The exercise is extremely good though: all of your joints in the upper body from wrists to elbows to shoulders get warmed up very effectively. 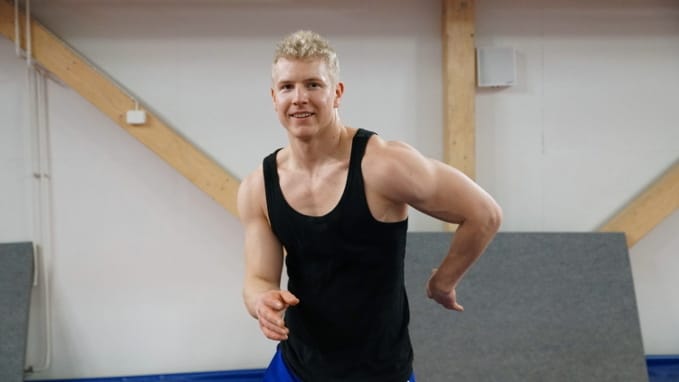 In addition to the upper body warm-up, Rickson Gracie just plays around on the floor opening up the hips, knees and neck. 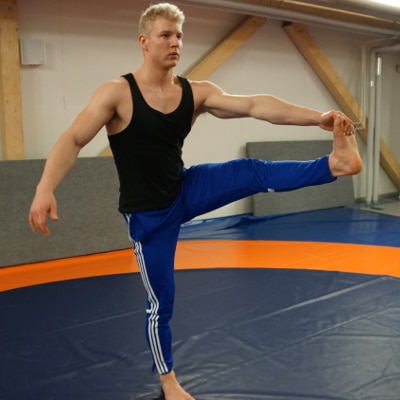 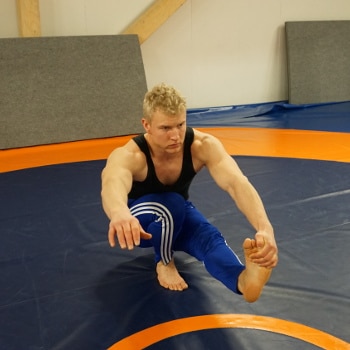 Pistol squat is one of the Rickson Gracie's favorite exercises for the lower body. We've seen him grab his foot for extra difficulty (this requires more flexibility and balance).

Pistol squat is one of the best bodyweight exercises you can do for your lower body, because without single leg squatting it's ​difficult to get enough resistance to train your legs. Basic bodyweight squat gets easy and old very quickly. 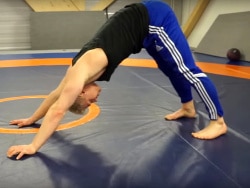 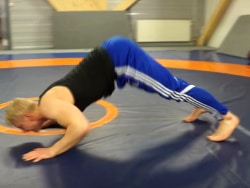 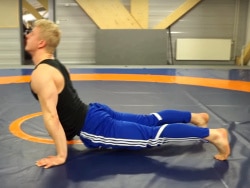 Judo push up is a great way to train the anterior deltoids, chest and triceps. Rickson Gracie would do these many times on his knees, which is the easier progression of the judo push up.

The exercise is very popular among martial artists because in addition to building strength, it also develop mobility in the shoulders, lower back and spine. 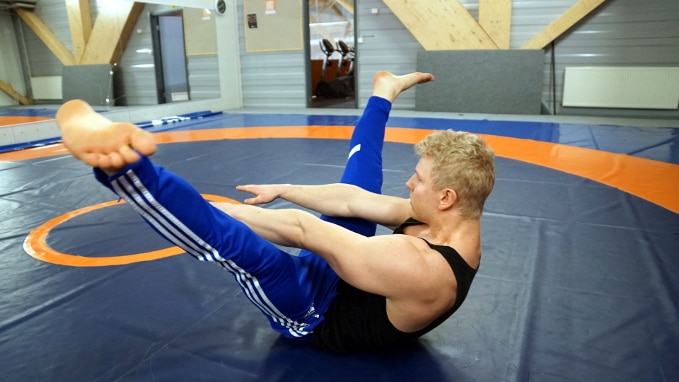 Like many martial artists, Rickson Gracie also trained his abdominal muscles. One of the exercises we saw him doing was a crunch where the legs were spread and raised up.

​The exercise trains incredibly well the abs while the strength and mobility is also developed in the hips.

All of these exercises demonstrated here compile together an amazing workout for the entire body.

Start with the warm-up drills and then move to movement drills. With the movement drills you want to be as fresh as possible which is why you should do them before serious strength work.

Finish the workout with strength and conditioning. This workout doesn't have any pulling exercises, but Rickson Gracie has done climbing and pull ups, so we added them in the workout to make it more complete.

With the movement and mobility drills: explore and play! Take as much rest as you need. With strength and conditioning, take 1-3 minutes of rest between sets and exercises.

This workout can be done from 2 to 5 times per week.