Different stability yoga movements for abs and obliques! Stability training is amazing for the midsection and athleticism in general.

ifferent stability exercises such as the plank are excellent for the core, but you can make the stability holds much more effective by adding some movement to the mix.

Abs 20XX program covers everything you need to hit all of the core muscles correctly to produce the best results. Abs are born when the right type of training is combined with the right diet.

The movements demonstrated in the video are a bit more challenging although many of them have easier beginner variations to start with.

Most of these movements will focus more on the core stability than mobility although many of the movements have both elements combined (mobility and stability).

Static holds (isometric training) produces results but it's not optimal stability training. To really train the core stability, there needs to be some movement involved.

Mobility is immensely important but so is core stability. Core stability will allow you to generate more power because you have more support to produce power.

Many undermine the effectiveness of yoga without understanding how powerful it really is. Yoga doesn't make you super strong, but it will make you more athletic, mobile and limber, especially when it's combined with "hard training" as we have done in Movement 20XX.

For more of this type of yoga movement, see: Fluid Yoga Movement | Open and Loosen Up the Body. 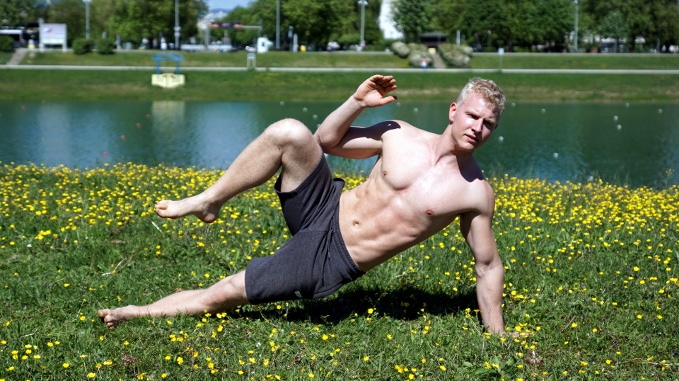 In side plank crunches you are holding the side plank position while doing a crunch with your knee and elbow.

The first variation is to use both the upper elbow and the upper knee to perform the crunch. You first extend yourself into a "starfish plank" and then bring your elbow and knee together while crunching with your midsection.

The second variation is to do the knee-elbow crunch with the opposite sides: use the upper arm and lower leg to generate the crunch across the body.

Focus on slow and controlled movements to create the best results. Mind-muscle connection should be heavily on the obliques. 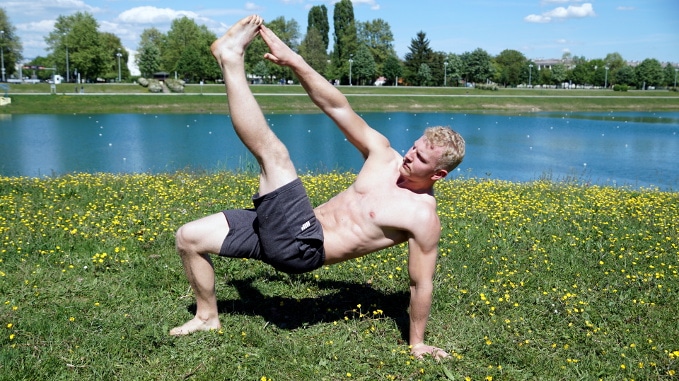 Hold the crab position and lift the opposite leg and the opposite arm at the time. Happy crab is an intense exercise for your core, shoulder and hip stability.

The beginner variation is to just touch with your knee and elbow across the body. You can keep your hips lower to make the movement a tad easier.

The advanced version is to do the happy crab lifts with straight arms and legs. Also, avoid falling down and keep the core stable by flexing your glutes, lower back muscles and core. 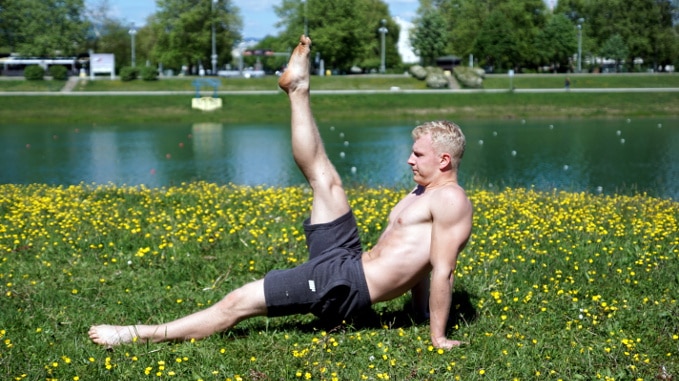 In the reverse plank leg lifts, you use your arms to raise your butt off the ground and start lifting your legs up one at the time. Lean back and extend from the hips and shoulders.

The beginner variation is to do knee lifts while holding the position. If you have enough mobility in your legs, you can do straight leg lifts.

To make the exercise even harder, you can rotate your hips from side to side to engage more of your obliques and core in general.​

This movement trains the abs phenomenally well​ because you need to constantly keep the core stable while lifting the legs up which will further train your abs and also your hip flexors. 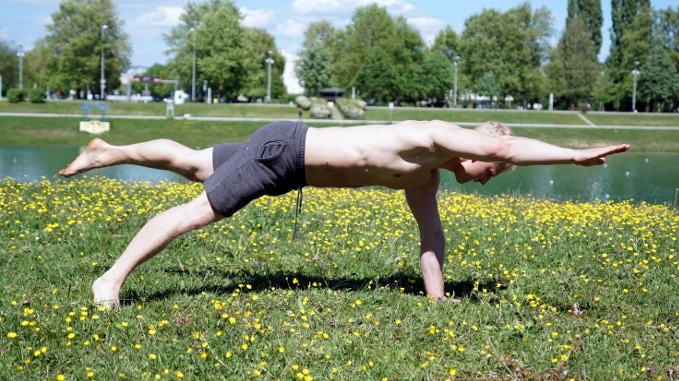 Bird dog is an old school yoga movement where you extend as far as you can with the opposite leg and the opposite arm at the time.

In this version you first do a cross knee-elbow crunch and then fully extend your body as in the bird dog. The key is to keep your trunk as stable as possible the entire duration of the movement.

Focus on the core: your abs in particular. Your arms and legs just generate movement to make the exercise harder to stabilize.

Compared to the regular plank, bird dog is no joke and it's significantly harder. It's not just the balancing that makes the exercise difficult but the movement which forces you to focus more on core stability.

The Art of the Limber Body

I’ve been practicing striking for about a year n